The diabetes community has been set ablaze after UnitedHealthcare announced an agreement for Medtronic devices to be the “preferred” in-network, durable medical equipment (DME) provider of insulin pumps. Starting July 1, 2016, UnitedHealthcare patients will be funneled toward using a Medtronic insulin pump instead of offerings from manufacturers like Tandem and Animas.

Many diabetes advocates have eloquently voiced their outrage and have been rallying under the hashtags #MyPumpMyChoice and #AccessMatters, and I strongly echo their sentiment that this policy puts “profits before patients”. It’s unacceptable, and both UnitedHealthcare and Medtronic deserve any negative publicity that results from such a short-sighted decision.

Whether it’s Apple vs Samsung, Xbox vs Playstation, Nikon vs Canon, or BMW vs Mercedes, fierce loyalties are found among their users. Beautiful photos of phones and smartwatches adorn billboards across the city, evoking emotions such as envy and desire in a way that no medication can.

When buying a new device, there’s a curious sense of satisfaction when finally choosing a model after poring over reviews and comparing individual specifications. Making that choice creates a personal connection before it even arrives in your hands.

On a personal level, many of my most touching diabetes patient interactions are due to technology. A recently-emigrated woman came to my office and was overjoyed to find that she could obtain an Omnipod pump, as it hadn’t been allowed by her previous nationalized health system. Additionally, I love watching the eyes light up in patients and their family members when they first learn about continuous glucose monitoring (CGM) and the ability to view their blood sugars on their phone.

In diabetes, harnessing technology to manage a chronic condition brings a sense of empowerment that medications alone can never do. Removing the ability to choose medical devices only adds to the sense of helplessness that underlies too many other aspects of diabetes.

Technology is Defined by Interaction

For medications, pharmaceutical companies create chemical compounds that elicit a desired physiologic effect. Their competition will create a slightly different chemical compound with a similar mechanism of action, and these medications are grouped into the same class (eg Humalog and Novolog insulin). For the most part, they are interchangeable to patients and providers, and insurances frequently prefer one over the other. No big deal — just swap out one pill (or pen/vial) for another. 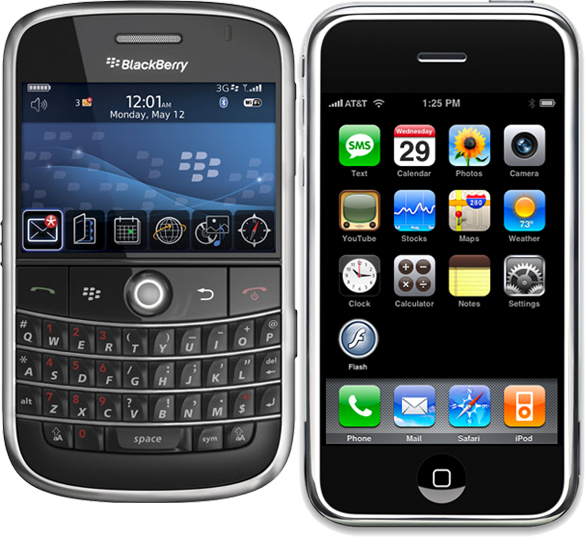 But for devices, focusing on the desired outcome only tells a portion of the picture. For reference, choosing a smartphone is about more than making phone calls and browsing the web. As Apple’s success has shown, the overall user experience of gadgets often matters more than functionality. The iPhone was not the first smartphone (remember Blackberry?), but its intuitive and simple user experience expanded the smartphone audience from working professionals to college students, children, the elderly, and everybody in between.

When using an unfamiliar smartphone or computer operating system, even a simple task like sharing a photo can seem Herculean. With health technology, the stakes are exponentially higher as potentially lethal medications must be managed by complex user interactions with software dashboards and calculators. Being forced to switch between differing interfaces of insulin pumps and other diabetes technology creates confusion/frustration at best, and gaps in diabetes management at worst.

Put simply, there are no “class-equivalents” in the world of devices because they encompass a complex interplay between software and hardware. A Medtronic Pump is as similar to a Tandem Pump as a Blackberry (they still exist!) is to an iPhone.

To be clear, the outrage isn’t regarding the quality of Medtronic’s insulin pumps, or whether they are inferior or superior to the competition. Rather, the issue is that eliminating competition and choice in the insulin pump market stifles creativity and innovation.

We live in such an exciting time for diabetes technology. For insulin pumps alone, there are touch-screen pumps (Tandem), tubeless patch pumps (Omnipod), color screens (Tandem, Omnipod, and Animas), and cartridge-based pumps (Asante). Each of these features are appealing to different types of users. It’s not one size fits all.

Evidenced by Tandem’s 20% decline in stock after the UnitedHealthcare announcement, it’s hard to believe that such product diversity would exist in a world where insurance companies anoint a winner. Would Android and iPhones have come as far as they have if wireless carriers “preferred” Apple and required a prior authorization for any Android phone?

In the above timeline, notice that Medtronic Insulin Pumps did not noticeably upgrade their user interface for over 10 years… until after the 2012 release of the Tandem T: Slim. Now, the upcoming Medtronic 640G incorporates a dramatic redesign that seems to take some design cues from its competition. Had the Tandem never come to market, I suspect that the next Medtronic would look similar to the previous generations.

The digital health revolution is underway, and the future of health technology includes fascinating devices like wearable (or even implantable!) sensors and novel drug-delivery mechanisms, affecting specialties from psychiatry to pain management.

I’ve often beaten the drum that diabetes technology has been a harbinger of the future of health technology (continuous glucose monitors preceded the current infatuation with wearable sensors by about 10 years), and this week’s news suggests a bleak future where established, larger device manufacturers can outmaneuver innovative disruption by strategically partnering with insurance companies.

Free markets and capitalism have been serving the best interests of technology consumers for decades, and such interference by insurers would negatively impact health devices in all areas of medicine.

So what should we do? Make your voice heard, and raise awareness of the issue by sharing posts like this on Facebook and Twitter. Reach out to the pump manufacturers, tell your doctor, and vocalize your displeasure to the insurance companies. DiabetesMine has compiled a helpful list of action points here and will continue to cover the issue as it develops along with other advocacy sites like Diatribe.

As the world of glucose meters have shown, it might be a UnitedHealthcare-Medtronic partnership now, but what’s to prevent UnitedHealthcare from switching to a different pump manufacturer when their current agreement expires?

That’s why we must act now and make it clear that we will not take it lightly when insurance companies try to dictate which medical devices we use and prescribe.