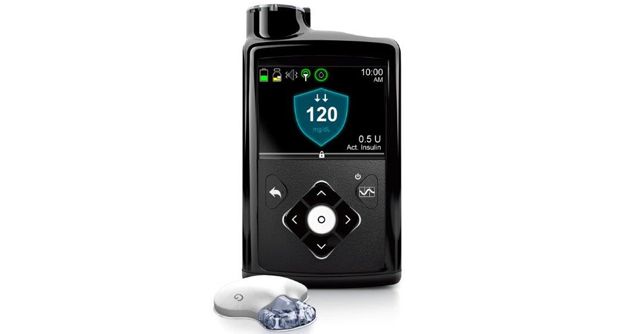 But instead of repeatedly saying how important it is, we’re going to tell you exactly why it matters.

The quest toward an “artificial pancreas” closely parallels that of the “self-driving car.” The names do a good job in describing their futuristic vision, so long as you understand that the pancreas is the body organ that produces insulin. (In Type 1 diabetes, the pancreas no longer functions properly and stops making insulin, causing blood sugar to go out of control.)

So continuing the comparison, having Type 1 diabetes is like owning a car with just an engine; no steering wheel or brake. Not good. Thanks to modern medicine, people with diabetes have the opportunity to “drive their car” by checking their blood sugar and injecting insulin appropriately.

But now the next question…

Is the Medtronic 670G an artificial pancreas?

Similarly, the Medtronic 670G’s breakthrough feature adjusts basal insulin delivery (by speeding it up or slowing it down) to maintain a normal blood sugar of 120 mg/dL. It might not be as obvious during the day with meals and periods of exercise, just as adaptive cruise control plays a more subtle role when making many turns during city-driving.

But overnight and between meals is when the 670G’s adaptive cruise control truly shines, when circumstances are relatively stable, without the need to “change lanes” for meals or exercise. And keep in mind, unlike a car that you only use for trips, people with diabetes live with their disease 24 hours a day, 7 days a week. So a significant portion of their day is spent during those in-between and overnight periods.

Studies have clearly shown that wearing the 670G improves sugar control by reducing time spent in both high and low blood sugar range and lowered average A1c from 7.4% to 6.9%.

People who have worn insulin pumps with “dynamic cruise control” features particularly rave about its benefits on improved sleep overnight. Restful sleep is a big deal (and why mattress/pillow companies make a killing!), and it’s even more elusive with Type 1 diabetes due to the fear of overnight hypoglycemia or hyperglycemia. It’s not uncommon to be woken up several times a week in the middle of the night to check blood sugar or to have to eat a snack to avoid hypoglycemia. And even when sleep is not interrupted, waking up with higher or lower sugars than desired can start the day off with a thud.

As you can see in the graph above, adults using the 670G algorithm (highlighted in red) had a much narrower range of blood sugars, especially at night, when compared to standard pump users (the shaded grey area). They also headed into their mornings closer to target, and with a more stable glucose trend.

Medtronic 670G is just the beginning…

The top reason we’re excited for April 2017 (when the Medtronic 670G becomes available) is that it is just the first of a wave in the movement towards a true artificial pancreas.

While Medtronic has the advantage of manufacturing both its CGM and insulin pump, many future competing artificial pancreas systems are partnering with Dexcom’s highly rated, iPhone-compatible continuous glucose monitors.

The long list of such artificial pancreas systems includes a variety of approaches such as Bigfoot’s iPhone-based user interface, the more altrustic public benefit company BetaBionics’ iLet, and collaborations between Tandem and TypeZero.

These projects are in various stages of advanced development, most of which are being currently worn and tested in clinical trials and research labs. The initial feedback of test subjects has been exceedingly optimistic, and the future of the “self-driving” artificial pancreas is just around the corner.

No matter which company (or companies) win, the type 1 diabetes community is the biggest winner.