Maturity Onset Diabetes of the Young (MODY): A Personal Perspective on a Type of Diabetes You Should Know About 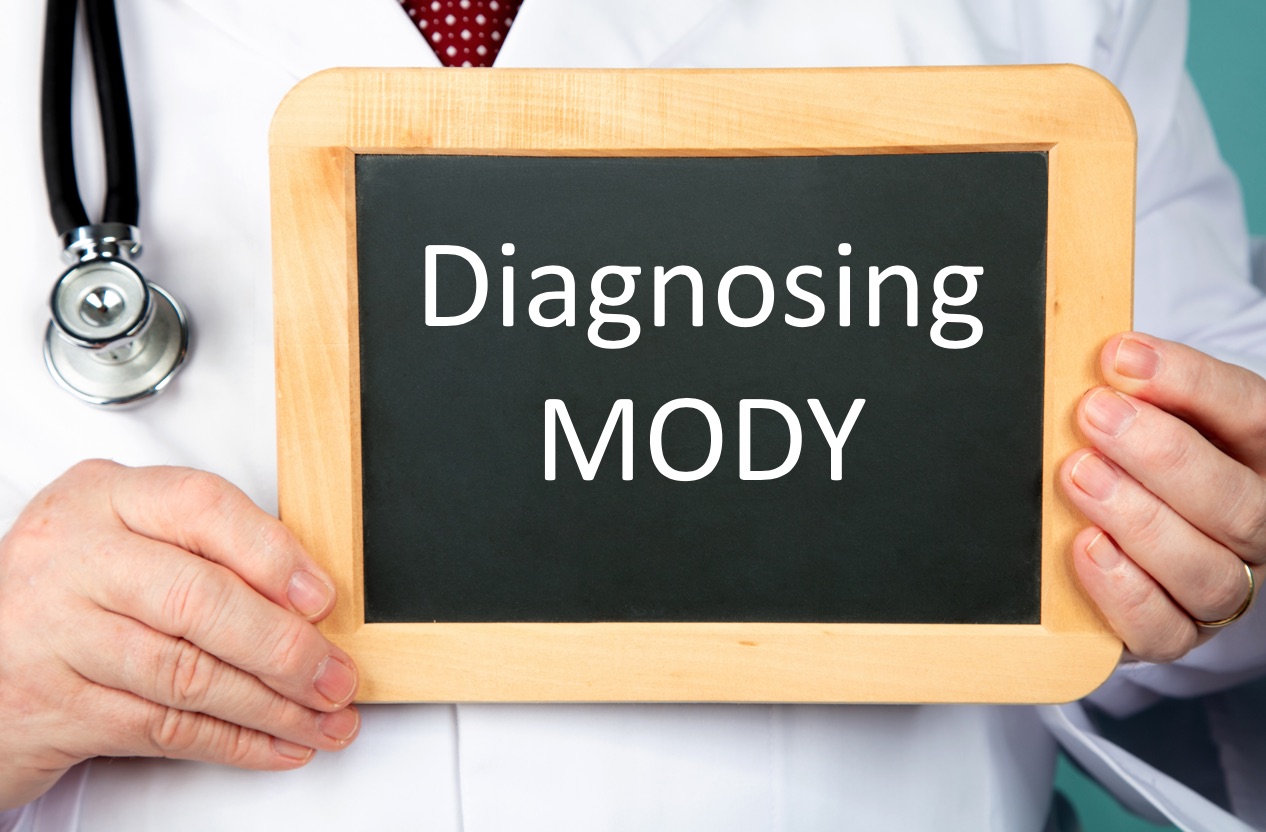 If you’re reading this TCOYD newsletter, you’re probably involved in the care of people with Type 1, Type 2, or gestational diabetes and/or have been diagnosed with one of these types of diabetes yourself.  Keeping up with the rapidly evolving pharmacology and technology for managing these forms of diabetes is already a challenge.

So, why should you be interested in learning about a rarer form of diabetes called MODY?

For one thing, although MODY is estimated to cause only about 2% of diabetes (with ranges of 1%-5% in the literature), its diagnosis offers an unparalleled opportunity for precision medicine in diabetes care.   That’s because, unlike the more common (and genetically complex) types of diabetes, MODY is caused by identifiable single gene defects that result in pancreatic beta cell dysfunction.  MODY is passed from one generation to the next following an autosomal dominant pattern, meaning that every child of a parent with MODY has a 50% chance of developing the condition.  There are a variety of single gene defects resulting in at least 13 different forms of MODY recognized to date.  The two most common forms of MODY account for close to 90% of cases, depending on the population studied.  Although one of the diagnostic criteria for MODY used to be onset of diabetes by age 25, it is now recognized that, in about one-third of people with MODY, diabetes develops after age 25.

How does diagnosing MODY allow for precision diabetes management?

It’s been estimated that as many as 95% of people with MODY have been misdiagnosed with Type 1 or Type 2 diabetes.  However, people with MODY are not insulin dependent, and when properly reclassified from Type 1 to MODY have been able to safely transition from insulin to oral medications (with some sources indicating improved management).  Similarly, insulin resistance and obesity are not characteristic features of MODY, and proper reclassification from Type 2 to MODY can redirect treatment away from metformin and thiazolidinediones in favor of sulfonylureas (Diabinese, Orinase, Amaryl, DiaBeta, Micronase, Glucotrol) and glinides (Prandin and Starlix) that enhance release of insulin from pancreatic beta cells (which is impaired in MODY).

Identifying which form of MODY an individual has inherited provides crucial guidance about whether and how to initiate or change treatment, what comorbidities and complications to watch for, and how to counsel about the potential risk of MODY in other family members.  For example, one of the two most common forms of MODY, caused by a defect in the HNF1A gene, is associated with a high risk of cardiovascular disease and other typical complications of diabetes if not aggressively managed.  By contrast, the other most common form of MODY, caused by a GCK gene defect, has a mild clinical course that generally does not require pharmacologic treatment.  When a woman with MODY is pregnant, specific considerations related to maternal glycemic control, fetal mutation status, and transplacental transfer of medications may be guided by her particular form of MODY.

How can an accurate diagnosis of MODY change the lives of people living with diabetes?

I can speak to this from personal experience.  As a 33-year-old physician in 1992, I diagnosed myself with diabetes, a condition that also affected my father, aunt and paternal grandfather. All of us had developed diabetes as normal weight young adults in our 20s or early 30s. So, once Type 1 had been ruled out for me by my endocrinologist, MODY became the prime suspect.  At that time, however, no genetic testing was available to confirm MODY, let alone to identify a specific type.  I was started on sulfonylureas, but found that even a quarter tablet of the lowest dose resulted in hypoglycemia (my father had had a similar experience).  This was followed by years of a trial and error approach to my pharmacologic management using other oral agents developed for people with Type 2 diabetes, with varying results.   At some point I learned from a literature search that the glinide class of drugs (similar to sulfonylureas but with less hypoglycemia) was the preferred choice for treatment of MODY in England.   My pharmacologic treatment was switched to nateglinide (Starlix) before meals, which I tolerated well and resulted in better glucose levels after meals.  While attending a TCOYD medical conference a few years later, I developed the motivation and courage to ask my physician to add once-daily basal insulin to my regimen.  She wisely started me on only one unit at bedtime, increasing by one unit a day as tolerated, resulting in a very effective maintenance dose of 3 units daily. (By contrast, the typical dose of basal insulin for someone of my weight with Type 2 diabetes would have been about 14 units, which fortunately was not where I was started!)

About seven years ago, I learned from reading a MODY blog that free genetic testing was available through a university research registry. I enrolled in the registry, provided a sample, and a defect in my HNF1A gene was identified.  This not only confirmed a longstanding “working diagnosis” of MODY, but also validated that my hypersensitivity to sulfonylureas and insulin were typical of the HNF1A form I had inherited.  It was also consistent with the cardiovascular complications experienced by some of my affected relatives whose diabetes and other risk factors had been poorly controlled.

It excites me to think that today people who are accurately identified with HNF1A MODY can benefit right away from pharmacogenomics that target the etiology of their diabetes rather than being treated sub-optimally as though they have Type 1 or Type 2.  The key is making the correct diagnosis as early as possible. Surveillance and preventive measures for co-morbidities associated with different forms of MODY can also be appropriately tailored.  This will only happen, however, if clinicians are knowledgeable about when to suspect rarer forms of diabetes, and if genetic testing is broadly available and affordable.  As progress continues to be made on both of these fronts, the budding promise of harnessing genomics for precision management in diabetes care will be more fully realized for people living with MODY, and perhaps for those living with other forms of diabetes in the future.