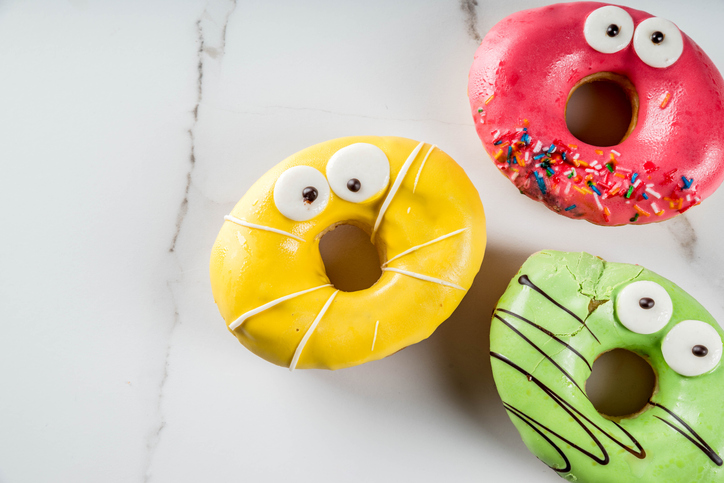 2021 Updates and Other Sweet Things about Medicare!

Every year from October 15th through December 7th is Medicare’s annual enrollment period. This is the time when Medicare and Medicare health plans announce their new benefits for the upcoming year. Well that time is here, and some good things are happening for Medicare beneficiaries who have diabetes and are on insulin.

As most of you know, there are many moving parts to Medicare. There’s Medicare Part A for hospitalization coverage. Medicare Part B for outpatient and doctors’ coverage, and then there is Medicare Part D for prescription drug coverage. I do not want to overwhelm you with the complexity of Medicare overall, so right now I am just going to focus on changes to the Part D drug benefit.

What is Medicare Part D?

Some Medicare Advantage plans offer special needs plans (SNP) for Medicare beneficiaries with diabetes. With these plans, a Medicare beneficiary can enroll into the plan outside of the annual enrollment period. Other health plans may offer a SNP for Medicare beneficiaries with heart disease, COPD and even End Stage Renal Disease (ESRD) on dialysis. Some of the Medicare health plans for 2021 that offer a special needs plan for diabetes are offering $0 co-payment for most insulins! Do your homework and compare plans. Each plan has different benefits depending where you live.

As of January 1, 2006, if a Medicare beneficiary did not purchase Part D and later enrolled in it, they would incur a penalty unless they had creditable coverage from another plan, i.e. employer health plan, spouse’s health plan, Medicaid, retiree health plan, etc.

There are four sections of the Part D benefit:

Once you have exhausted your initial coverage benefit, you go into the coverage gap, otherwise known as the “donut hole.”  Many health and Part D plan’s drug benefit may offer more than $4,130, but cannot go below $4,130 to have creditable coverage.

The coverage gap has changed from $3,600 in 2006 to $6,550 in 2021.  This is the amount a Medicare beneficiary must pay out-of-pocket before moving into the catastrophic drug coverage.

Prior to 2012, most types of insulin were covered in Part D including Humalog and Lantus.  If you were on a special needs plan for diabetes, many of these plans covered insulin through the donut hole. That changed around 2012 when insulin prices started to increase up to 300 percent. Insulins such as Lantus and Humalog increased in price from around $35.00 per vial up to $400.00 per vial. When this happened, many Medicare health plans cut benefits on insulin and even eliminated Humalog, Novolog and Lantus from their drug formulary only to leave NPH and regular insulin covered by the health plan.

I was working at a Medicare Advantage plan during this time when plans were dropping Humalog and Lantus from their formulary. For about three years, my employer only covered NPH and regular.  Obviously, me being a type 1 diabetic on insulin, I became angry that my Medicare clients who had diabetes had to switch from Humalog and Lantus to NPH and regular. I had a passionate discussion with the pharmacy director at the health plan I worked for. He told me they had eliminated these insulins because the manufacturer was raising the prices significantly.  I told him switching from Humalog and Lantus to NPH and regular is like listening to music on an old scratchy vinyl album. You can hear the music, but it does not compare to the high quality stereo digital music we listen to today. Why should we settle on NPH and regular with the amazing insulin we have today?

Since then, Medicare health plans were able to negotiate better prices on insulin with the manufacturers. Lantus, Humalog and others were added back to the formularies. In 2021, many Part D Medicare special needs plans for diabetes not only provide a $0 co-payment for insulin, but that $0 co-payment continues through the coverage gap/donut hole.

Medicare and the Affordable Care Act

While beneficiaries were previously responsible for 100% of prescription drug costs in the coverage gap, the Affordable Care Act reduced these costs through manufacturer discounts and government subsidies. Beneficiaries who enter the coverage gap will be responsible for a smaller portion of covered prescription drug costs every year. With the enhancement to the donut hole from the ACA, and shrinking out of pocket expenses in the donut hole, the donut hole for 2021 is virtually gone on many health plans.

In May of 2020, the White House signed a bill that would cap the maximum co-pay on insulin at $35.00 for Medicare beneficiaries. This was named the Part D Senior Savings Model. This new benefit only applies to Medicare beneficiaries and goes into effect January 1, 2021.  People under 65 who do not have health insurance are still paying the higher prices on insulin.

For the first time using a new expedited process, The Center for Medicare and Medicaid Services (CMS) added 11 new services to the Medicare telehealth benefit list since announcing the new benefit May 1, 2020, due to COVID-19. Medicare began paying eligible practitioners who furnish these newly added telehealth services effective immediately, and for the duration of the public health emergency. These new telehealth services include certain neurostimulator analysis and programming services, and cardiac and pulmonary rehabilitation services.

Medicare coverage and rules state that if your prescription is delivered through Durable Medical Equipment such as a nebulizer for albuterol or an insulin pump for insulin, these drugs are NOT covered under the Part D benefit.  They are covered under Medicare Part B.  There is no dollar limit on these drugs. However, there is a 20 percent co-insurance. This may or may not be higher than your co-payment under Part D benefits.  Once again, the health plans decide what co-payment they require for the Part B benefit.

In January of 2017, Medicare started to cover Continuous Glucose Monitoring. This benefit is provided under Medicare Part B.

To remain eligible, the beneficiary must see his/her doctor every six months to evaluate the CGM therapy.

Test Strips for Your Glucometer

Other Things to Consider

Before enrolling in a Medicare health plan, do your homework. Confirm that your medications are in the plan’s formulary. If you have an insulin pump, confirm what your co-pays will be for insulin. You will want to know what the co-payment will be for disposable supplies such as reservoirs, infusion sets and other items for your insulin pump.

To learn more about Medicare, you can visit: www.Medicare.gov or contact your health insurance agent or broker.