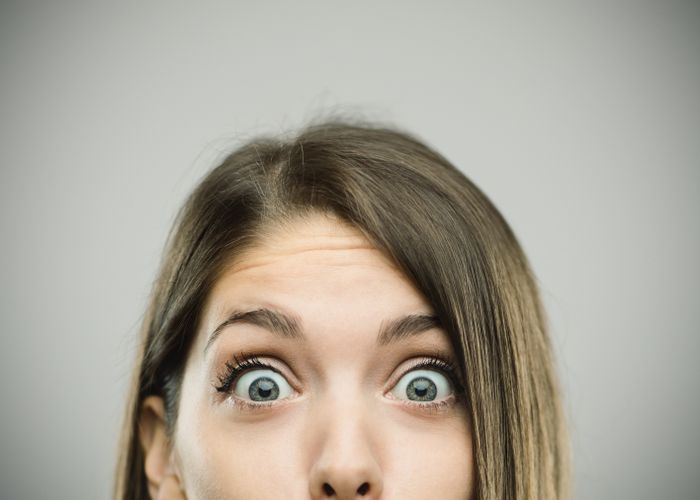 In our house, this year has been a season of firsts, though none of them are things we’d want to post about on Facebook: receiving AARP invites, getting comfortable saying the “F” word in public (“I’m Fifty”) and having mandatory medical exams below the waist.

My husband had his first colon cancer screening a few weeks ago and because he has type 1 diabetes, when I shopped for his pre-exam prep day groceries I bought all the foods he could eat in sugar-free form. Popsicles, Jell-O… actually that was it. Popsicles and Jell-O were the only solid foods on the list. But I bought so many different flavors of popsicles and so many different colors of Jell-O, I made it look like the biggest feast I could.

The day before his exam he ate only the popsicles and Jell-O and managed just fine. He came home from work, checked his blood sugars (80), mixed up the pre-exam cocktail (aka medicated beverage that works like an enema) and settled in on the couch to wait.

After about an hour, the prep kicked in. But as soon as it started “working” my husband’s CGM sounded off and his blood sugars began dropping. Fast.

His typical low blood sugar treats are gummy bears, but he couldn’t eat them because of the pre-exam food restrictions, and we also weren’t sure if glucose tabs would be okay. The only sugar-filled clear liquids we had in the house were apple juice and Sprite, so he downed a couple bottles of each. His numbers went from 40 to 55, but he was only partway through the prep.

This continued on for another hour or so – continuously chasing dropping blood sugars with more apple juice and Sprite. But he was so full from chugging the prep, more juice was the last thing he wanted.

We scrambled through the house trying to find something sugary he was allowed to eat, but we were limited to clear liquids, popsicles and Jell-O. I know I could have run out to the store for regular popsicles but everything happened so fast, and I was nervous to leave the house. I eyeballed the glucagon that’s been in our cabinet for 12 years and wondered if it was still good, and if it was time to use it.

He was still fully alert, so instead we broke out a box of granulated sugar and he started downing it by the spoonful. I prayed it would do the trick, but part of my brain was already imagining fire trucks and ambulances with sirens blaring speeding up to the house. After about six tablespoons of straight sugar his numbers crept up from the 50s to the 90s and he made it through the night (and the procedure the next day) with no other issues.

There are many things my husband has no problem asking about (how do you turn a refrigerator into a kegerator…what’s the biggest TV I can buy at Costco…why are people still eating Jell-O) but I’m pretty sure he didn’t want to be the guy who asked too many questions at the doctor’s office. In hindsight he (or even me) probably should have checked to see if there were any special considerations for people with diabetes for this type of procedure.

It was dicey there for a moment, but we did learn a few things:

So onward to the next adventures our over-50 life will entail…installing a kegerator, getting screaming discounts at Denny’s and watching Survivor on 85 inches of HD.

Do you have a personal story you want to share with TCOYD? We’d love to hear it! Email lynne@tcoyd.org if you’re interested.