Laughter Is the Best Medicine (Unless You Have Diabetes, Then Insulin Is Probably Better) 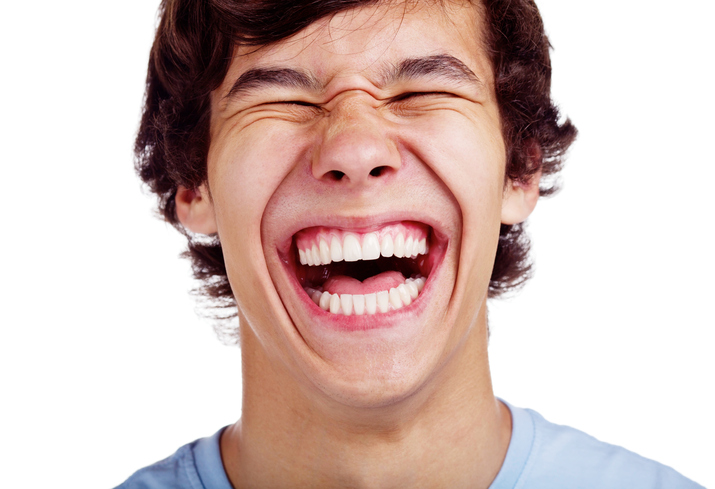 I haven’t had type 1 my whole life, some days it just feels like it. Actually, it’s been 51 years, 10 months, two weeks, and three days. Yep, I keep count, mostly for bragging rights. It is like that one stellar HbA1c score from three years ago that I still hold on to. I really can’t remember not having diabetes. I grew up with diabetes. I used it to manipulate my parents during adolescence, it qualified me for scholarships to attend college, it even filled my research papers in graduate school. I even have diabetes when I dream. I’ve seen the good, the bad, and the ugly of this disease, and diabetes is no laughing matter. Yet perhaps it should be….

Proverbs noted “A merry heart doeth good like a medicine, but a broken spirit drieth the bones”. In the early 13th century medieval surgeon Henri de Mondeville advocated mirth to aid in surgical recovery, and by the 17th century Robert Burton recommended laughter as a cure for melancholy. Josh Billing quipped, “There ain’t much fun in medicine, but there’s a heck of a lot of medicine in fun”. In the Adventures of Tom Sawyer Mark Twain wrote, “…the old man laughed loud and joyously, shook up the details of his anatomy from head to foot, and ended by saying that such a laugh was money in a man’s pocket, because it cut down the doctor’s bills like everything”. Court jesters and ceremonial clowns have made a handsome and often prestigious living using humor to help people feel better. And I’d be drummed out of the psychology field if I didn’t mention Sigmund Freud. Despite his remarkably dark view of human nature (can anyone say, death instinct, Oedipal complex, and penis envy?) he stated “Like wit and the comic, humour has in it a liberating element”.

A Shot in the Arm

In 1979 American journalist Norman Cousins introduced the public to the benefits of humor in his bestselling, Anatomy of an Illness. Diagnosed with the painful, crippling disease of ankylosing spondylitis, Cousins reported he was coming unstuck (unlike people with diabetes who get stuck all the time…). He famously commented that being in the hospital was the worst place to get better, a thought with which I can identify. So into a hotel he went, starting his own treatment regimen that included massive doses of vitamin C and laughter. Cousins reported that ten minutes of genuine belly laughter would result in two hours of pain free sleep. Lab results confirmed the benefits of his treatments, and within eight days he was noticing an improved ability to move without pain. Cousins was only one person, one case (the fancy word for that is anecdotal evidence). But he is credited with ushering in the modern era of humor and health research. In case you were wondering, Cousins recommended Candid Camera episodes, Marx Brothers movies, E.B. White’s Subtreasury of American Humor, and Max Eastman’s The Enjoyment of Laughter.

Be Nice to People with Diabetes, We Deal with Enough Pricks

Forty-years after Anatomy of an Illness, the relationship between humor and health is much better understood. There is evidence that laughter helps our immune system, pain tolerance, heart health, and blood pressure. It helps us deal with stress, depression, and trauma. It improves sleep, problem solving, resilience, self-esteem, satisfaction with life, and psychological well-being. C’mon, if you laughed at the heading to this paragraph, aren’t you feeling at least a little better?

People with diabetes were not excluded from the research noted above, but it wasn’t specific to us. But there has been some interesting research specifically studying people with diabetes. Laughter and humor have been shown to lower blood glucose levels, and reduce the risk of microvascular complications such as nephropathy (kidney damage), retinopathy (retina damage) and neuropathy (nerve damage). Laughter helps with resilience, anxiety, learning, memory, and relationships with others. If I could put all that in a pill, I’d be a billionaire. And I’d be writing this on my yacht. Oh, I guess I’d fund some research since I’d rather not have diabetes at all than just laugh about it.

But I’m Just Not That Funny

Humor is thought to be universal in humans, found in all cultures and people. Laughter is one of the first spontaneous vocalizations in infancy. Humor is a product of natural selection and may aid in our very survival. There is humor everywhere if you stop to look for it, even in diabetes.

Laughter is the Best Medicine. (Unless you have Diabetes, then Insulin is Probably Better).

It has become increasingly popular to claim that humor heals just about everything. One of the preeminent humor researchers, Dr. Rod Martin warned that both physical health and humor are very complex, and the research regarding any relationship is far from conclusive. This is where I need your help. The relationship between sense of humor and diabetes is not well understood. My colleagues and I are conducting a study through the University of Northern Colorado to determine the effect humor has in diabetes management. Please take ten minutes (seriously, that’s all it takes) and participate in the survey. You’ll be glad you did. And if you aren’t, at least I will be.  🙂

You can take the survey here.