A Highlight from My Diabetes Blooper Reel 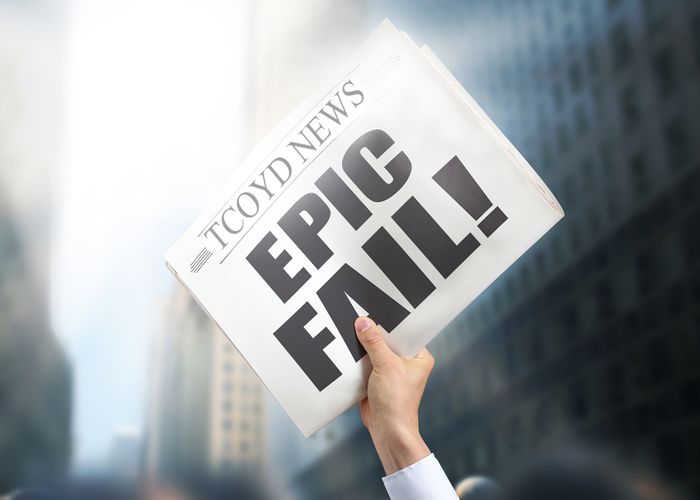 For various reasons, my diabetes regimen has involved taking a long-acting basal insulin at bedtime and then an inhaled insulin for all my meals and corrections.  Lately my blood sugars had been more chaotic than usual so I decided to try a new basal insulin that lasts around 36 hours and has been shown to have a more consistent delivery across the day, and with less hypoglycemia.

The thing about these new basal insulins is that once they get to a steady dose in your body, they work really really well.  However, when you FIRST start on them they can take a while to get working.  That means for the first couple of days you start on them, it feels like they aren’t working.  So what do I do to ‘get things started’?

Well, I’ve done this before and it actually works well; I take a loading dose of the basal insulin to get the concentrations up and then titrate down to my usual dose.  OK, my usual basal dose is about 25 units a day so, for the first day, I wanted to take 50 units, then 40 units the next day, then 30, and then 25.  Again, it sounds crazy, but it has worked for me in the past, so lay off! (…but don’t try this yourself unless you talk to you doctor)

AND SO MY NIGHT BEGINS

So, there I am on a Saturday night.  It’s about 7pm and I take my first dose of 50 units of my new basal insulin.  About 45 minutes later, I start feeling low.  I know what you are thinking, “Well, of course you got low with all that basal insulin!”  But, just stop judging and listen….

So I fire up a big bowl of Special K cereal with extra honey on the top.  After I throw that back I’m still feeling low (or just really hungry), so I fire up a second bowl.  At this point I’m thinking that I’m going to go sky high for sure, but screw it – I’m low and I want some cereal!  About 20 minutes after my second bowl, sure enough my CGM buzzes at me…. only I wasn’t high, I was still LOW!

So, instead of taking 50 units of basal insulin, I had taken 50 units of rapid acting insulin.

AND THEN I BECOME A CATERPILLAR

Let me also say that if I have a BIG meal, I would normally take 15 units of rapid acting insulin tops, so 50 units is BY FAR the largest dose I have ever taken.  So what did I do? Well, let me channel The Very Hungry Caterpillar and explain.

At about 10:00pm, I really just couldn’t eat any more.  My blood sugar was hovering in the 60-70 range this whole time, and I was over it.  I had contemplated going to the ER when I first realized what had happened, but figured I would muscle my way through with food first.  I eventually just took out my Glucagon kit (thank God I had one) and gave myself a dose.  It’s the only time I’ve had to take Glucagon and good lord those needles are fat.  It was serious business just getting it through my skin!

Right after I took my Glucagon I realized, “Man, I still don’t have any basal insulin on board…”

Begrudgingly, I took my usual dose of basal insulin just so I didn’t go sky high overnight.  I have to tell you it was very, very strange to take a shot of glucagon and a shot of insulin about 20 seconds apart…. but it was the right thing to do.

Anyway, I eventually went high overnight, but not too badly.  I survived, but I just felt like garbage.  I mean, here I was trying to do something to get my diabetes back on track and then I end up almost killing myself and eating about 3,000 calories.  Needless to say, this wasn’t good for my overall feeling of health and diabetes-Zen. I also texted Steve at 10:30pm-ish PST and he was in Toronto and of course having drinks in a bar. It was so nice to get some reassuring texts back…like “Get your stuff together!”

The other crazy thing is that, thank God I took my insulin around 7:00pm instead of at bedtime like I usually do.  If I had taken 50 units of rapid acting insulin and gone to bed, I could have been in really big trouble.  Ugh.  Nothing else to say about that.  Just straight up, ugh.

THE TEACHER BECOMES THE STUDENT

So, I’m telling you this story because it makes me realize that this kind of thing can happen to anybody. I like to think of myself as a well-educated type 1, and I just screwed up ROYALLY.  Insulin and I have been good friends for a while now, but every once in a while, it reminds me who is boss.

I have RE-learned some diabetes 101 lessons, and here they are: