The Newest Fast-Acting Insulins – How Fast Is Fast? 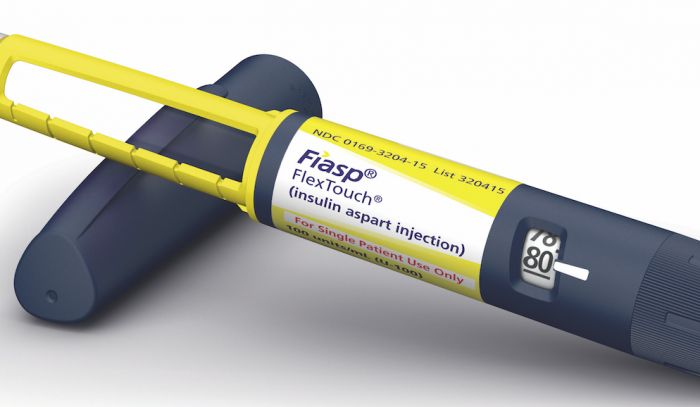 I think it’s time for me to send out an update on the new ultra-rapid acting insulins, but before I jump into what’s new, let me back up a minute and talk about what’s “old”.

Most of us use a rapid-acting insulin of some kind- mostly either Humalog or NovoLog.  But we all know that these insulins are a FAR cry from rapid acting.  In fact, they are quite the opposite.  How many times have you been high, taken a dose of “rapid” acting insulin, then looked at your CGM 30 minutes later (or tested) and your blood sugar hadn’t moved at all- or even gone UP.  WTF?!  Super frustrating and the number one cause of rage boluses in my personal situation.  Oh, 5 units didn’t budge me at all?  Nothing a 10 unit rage bolus can’t handle.  Annnnnnnndddd now I’m grumpily eating crackers with an apple juice chaser.  And peanut butter for some reason….

Unfortunately the myth of rapid-acting insulin perpetuates our mentality- for both people with diabetes and physicians, that we still think we can take the insulin and eat right away.  This might work if you have significant gastroparesis, but otherwise, you will be WAY behind the eight ball.  That’s one reason Steve and I always push the “pre-bolus” or bolusing a minimum 20-30 minutes before you eat, and longer if the glucose level is really high and/or with trend arrows shooting upward.  This was actually one of my most vivid memories when I was first diagnosed and in the hospital.  They brought me my food and gave me my insulin but made me sit there staring at my food for 20 minutes before they would let me eat!  Nothing like not being able to eat to let a 15 year old kid know that his whole life just got F’d up.

So can these new “ultra-rapid acting insulins” get us away from the pre-bolus and enable us to take insulin when we actually eat?  I’m sorry to say, but I just don’t think so.  Not yet.  I should clarify that I’m NOT talking about Afrezza which you actually CAN (and should) take when you start eating… or even after eating because it is that fast.  I’m talking specifically about the new “faster-acting aspart” or Fiasp.  This is basically the new NovoLog that just hit the shelves about a month or so ago now, and you may start hearing about.  Basically it adds a couple of excipients to the NovoLog we all know and love to make it get absorbed a little bit faster.  So how fast is faster?  Well, a little, but not a ton.  In the first of the clinical trials, Fiasp lowered A1c by about 0.1% compared to regular NovoLog with some small improvements in BGs after a meal.  So not a huge difference, but a difference.

My take on it is really this-

Ultimately I think having a truly fast-acting insulin that you can inject or put into a pump is the single biggest need for insulin therapy in T1D. So for that reason, I’m super super glad to see companies working on this.  Out of the gate with Fiasp, I don’t think we are “there” yet, but I hope it will continue to push insulin therapy in this direction.  With that in mind, numerous other companies are working on their new, faster-acting insulins, so we will have to see just how fast their fast is.

This post originally appeared on weareonediabetes.org. If you are a diabetes professional and also have type 1,  sign up for the WeAreOne online diabetes community here!