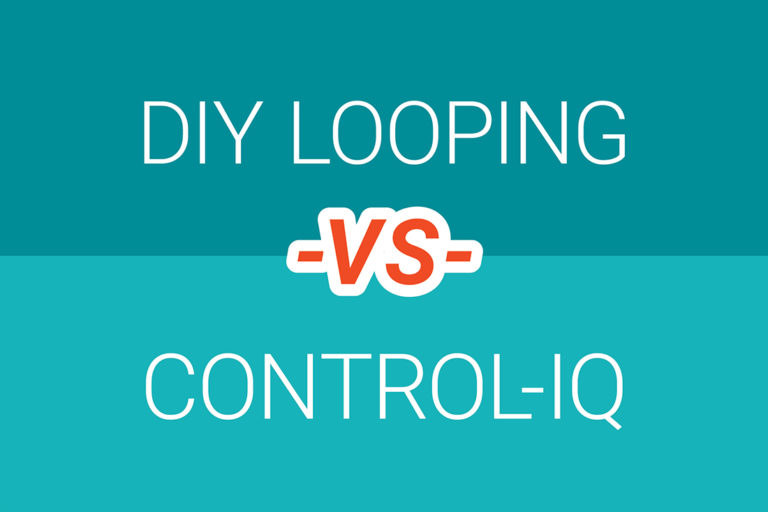 As you may or may not know if you follow me on no social media that I am on, I had been looping for a couple years and was a big fan (and still am). I was using the old Medtronic pump that guzzled AA batteries like a battery guzzling guzzler. But it really worked great, so I wasn’t really expecting much out of switching to CIQ at first. But, long story short, I loved it and have now switched over to using it “permanently”.  So why do I like it?  Well read on for the answer!

Glad you are still with me. The reasons I like it can really be distilled down to these few points:

When I was on Loop, I was always looking at my app to see my projected blood sugar and looking at what it was doing to my basal rate. I thought I liked this because I felt all high tech and cool. So when I switched to CIQ, I was a little wary because it’s actually kind of hard to figure out what it’s doing to your basal rate. CIQ can also give you a correction bolus every hour if needed (about 60-70% of a “full” correction). But you also have to kind of go looking for information on when it has given these correction boluses.  However, soon after starting, I had this amazing revelation:  I just didn’t care what it was doing. Yeah, it was great. I knew it was doing its thing and I didn’t need to be involved.  Imagine that.  I now find that I interact with my pump way, WAY less. I use the rapid bolus button on the top of the pump for meals and corrections and almost never look at my pump.  So basically, I’m lazy with my diabetes.  And THAT should be their new slogan: “Control-IQ: Come Get Lazy with Your Diabetes!” (Copyright Jeremy Pettus). Oh yeah…forgot to mention my time in range is as good as it has ever been…see number 2!

This one was the biggest surprise to me. Since switching from Loop to CIQ, my numbers have actually been better! I heard anecdotally that the CIQ algorithm wasn’t as aggressive, and from my analysis of the calculations involved, that all checks out. I’m kidding. I have no idea how these things work, but I think because I’m not trying to outsmart the device so much and have kind of gotten out of the way, I’m doing better. Overnights are great – as we have come to expect from these types of devices – but my daytimes are as well. I think the hourly corrections really help.

Honestly, I had duct tape on my old Medtronic pump and was terrified every time I had to change the battery because there was this long pause before ‘ol Betty would come back online and I would have a minor heart attack. Being able to get rid of my old pump and get a new one that works really well, looks cooler, and comes with customer support etc. is really nice. It also doesn’t lose connection as much for me as Loop did, so I’m just fiddling with it less. For you Loopers out there, you know how frustrating it is to see that RED CIRCLE that means you aren’t looping and then you have to freeze in the middle of the living room and push a bunch of buttons to try to get it green again. Meanwhile everybody is yelling at you because they can’t see the TV and it’s the season finale of The Bachelor. It happened a lot.

So what are the downsides?  Well there are a few:

I mean, ‘nuff said. If you are on a pod you know this will be hard to switch to. But see Steve’s story below because he actually made that switch!

This is a button you can push to tell it you are going to exercise and it adjusts your target up. In my opinion it’s not enough so I made a personal exercise profile to cut my basal rate by 50% and raised my glucose goal to avoid hypo. Also, unlike Loop, you cannot tell it to put you in exercise mode for a certain period of time (example 1 hour). So you also have to remember to turn exercise mode OFF. There have been multiple times when I’ve been in exercise mode for over a day as a result before I happened to notice. That just means it was trying to keep me higher than I would have liked.

OMG there are a million and they are annoying! When you go high and it adjusts your basal it sets off alarms and you have to clear it on your pump before doing anything else (meaning you can’t just rapid bolus). You can turn a lot of alarms off, but there are still a bunch that are on there and they are ridiculous. Between my phone going off and the pump, it is way too much and needs to be fixed. It also buzzes when it finishes giving you a bolus which is just not needed. Like, thanks for doing what I told you to do, pump.  It’s like the person that “replies all” to a large group email with “thanks”. We just don’t need it.

So in summary, this is a really good product and one that the masses could adopt really easily. Don’t get me wrong, Loop is amazing and has filled an absolutely dire need, but it is difficult to set up and use. To have something that people can get through the usual avenues and get set up easily and quickly is a big breakthrough. Diabetes definitely still sucks, so there is still work to do, but I think this is a big step in the right direction.

I have been on an Omnipod for over 15 years and did extremely well on it. Stated plain and simply…I hate tubing except when I am drinking beer with a straw. After Jeremy starting looping with an old Medtronic pump, I eventually started looping with my pod and OMG was it amazing. Time in range went to above 80% overnight with minimal hypos. I was in seventh heaven!

Then I decided to try the Tandem Control-IQ since many of my patients were going to upgrade their Basal-IQ and I just wanted to see how it compares to looping. I totally expected to go right back to my tubeless world after my two-week trial.

My first week was a TOTAL DISASTER! Actually, I avoided the formal training, did not read the manual, and was texting my stockbroker while the Tandem clinical nurse was showing me how to operate the pump. My glucose values were all over the place those first few days.  I will not bore you with the details, but all of my friends (including my good old ex-buddy Jeremy) knew it was something that I was doing wrong. Well…they were right. I should have had the full formal training and read at least the CliffsNotes version of the manual. In any case, I tried it again a few weeks later, had an amazing experience and decided to stay on the CIQ.

Jeremy stole my thunder, but I too felt liberated from thinking about my diabetes so much during the day with the CIQ. I was a huge fan of no tubing on the pod, no need to charge, discreet, easy to fill, disposable, etc. Since Jeremy used numbering…I will list the things I do not miss about Looping.

1. Looping is awesome but I HATED the dreaded “Red Circle”. This happened a lot and drove me absolutely nuts. I ended up bugging my looping buddies and asked them how to fix it at all hours of the day and night.

2. I was scared to death that I would lose or misplace my RileyLink. It is small and not that sturdy either. Without it you are back to being a schlep (Yiddish phrase).

3. I really did not like having to have my iPhone near me at all times 24/7 for the LOOP to work.

4. My pod expires at 80 hours, and if you are on a desert island and need insulin to survive…it still stops even with excess insulin in the pump. This is why I cancelled my trip to a desert island.

5. I could not go in a Jacuzzi if my pod was submerged in the hot water as my insulin would denature a bit (it looked like clear cottage cheese). With the CIQ I can disconnect. Bring on those water jets!

6. For intimate moments with Jere – I mean my girlfriend – not having anything on my body because you can disconnect is awesome!

The last thing I will say, which is the overall main reason why I really like the CIQ, is that I THINK ABOUT MY DIABETES MUCH LESS DURING THE DAY AND NIGHT. With more TIR I have fewer beeps and alerts for the highs and lows. For more info check out our video called A Cute Bunny and Our Review of Tandem’s CIQ.  That’s all for now. Stay safe, healthy and sane!