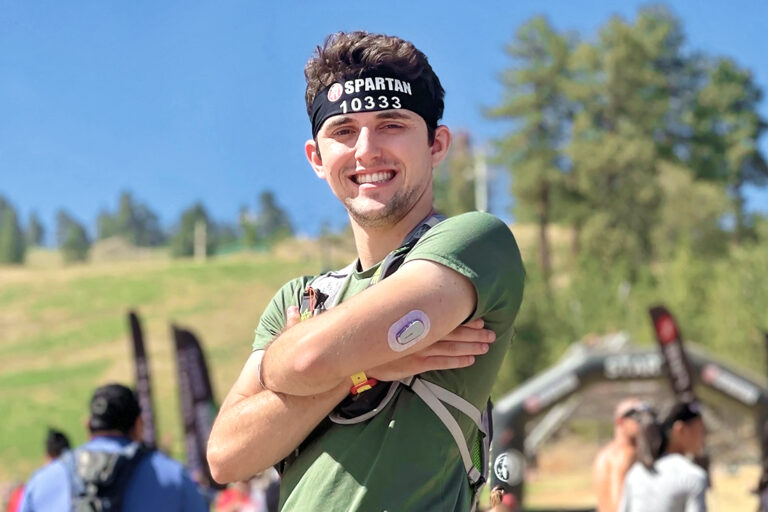 Marlon Blanquart spent the weekend of May 15th crawling in dirt under barbed wire, hurdling over fences, throwing spears like a Roman legionary, and diving under floating walls in cold, muddy water. He conquered 25 crushing obstacles along a 6.2 mile race course while keeping a close watch on his type 1 diabetes, and competing in his newfound passion: the Spartan Race.

Marlon was diagnosed with type 1 nine years ago when he was 13, and like so many others, it came as a complete shock to him and his family. He had no idea what diabetes was, much less how to treat it.

“At first it was an absolute nightmare because I was on shots, and the Dexcom wasn’t available yet. It was just finger sticks, and it was so hard at night because we had to test every three to four hours just to make sure I wasn’t going low.”

Marlon was able to get on an Animas pump after a few months, but he still had to finger stick until he was able to get a Dexcom continuous glucose monitor his freshman year of high school. Even with the help of a CGM, there was still a learning curve for him when it came to teen cuisines.

“Eating pizza and burgers was really hard because at that time I wasn’t thinking about fat percentages, I just cared about how many carbs there were. I’d inject my full bolus all at once when I’d eat and at first I’d go super low, into the 50s, then three to four hours later I’d go super high, so it took a while with trial and error to figure out how to time boluses. But I really started getting used to managing things about two to three years in.”

Marlon became so invested in managing his blood sugars and keeping them in a low range, he started having issues with too many lows, leading to a low/urgent low percentage of 15-20%.

“I was one of those diabetics who, if I saw my blood sugar was 100 and going up, I would give myself insulin to bring it back down. I started having complications because of that.”

Luckily he got connected with Dr. Edelman after moving to San Diego for college, and they worked on the problem together.

“Dr. Edelman worked with me on changing my whole way of doing diabetes, so over the course of the next couple of years we were able to figure it out. Now my blood sugars are a lot higher than before, but they’re still very well managed. My average blood sugar is 120 with a standard deviation of about 20. I really do like keeping it at this level, but if it goes a little higher I don’t mind as much anymore.”

Marlon’s low/urgent low rate is closer to 5% these days, sometimes even down to 2%.  “Thanks to Dr. Edelman we really decreased it, and it’s also thanks to him that I learned more about Loop, which is what I’m on now. It’s amazing. It’s a more aggressive technology, and I personally prefer that.”

Even with advanced closed-loop technology, Marlon was still nervous about going low when he ran his first Spartan Race in January.

“Every time I did cardio my blood sugar would drop, so I did some research and I saw a blog post from someone with diabetes who had done a Spartan Ultra, which is a 50-mile race with 60 obstacles. He cut his basal rate by two-thirds, and he was able to do the race no problem.”

Marlon decided to follow a similar plan, opting for a one-third reduction of his basal rate.

“I was still scared I was going to go low, so I brought a bunch of GU gel (100 calorie packets with about 20g of carbs) in my backpack. I also had my RileyLink, BAQSIMI (glucagon), and a blood glucose meter in case my Dexcom shut off. You have to go under water sometimes in these races, and there’s a possibility it could come off.”

The entire race his blood sugar was around 180-200 mg/dL, which was exactly what he was hoping for.

“I’d rather be higher than lower. After the race I went back to my normal basal rate and when my blood sugar went down, I had a post-workout drink to stabilize myself, then went about my day.”  Even though the event was tough in spots and took some preplanning, he was hooked.

“I like challenging myself, and this was one of the first opportunities I had to do something quite physical while having type 1.”

Since then he’s run three other Spartan Races, and offers advice to anyone wanting to try it:

Not one to rest on his laurels, Marlon competed in a Spartan Beast Race in Morzine, France on July 3rd. A Beast (appropriately named) is a half marathon with 30 obstacles. Ultimately he’d love to do a Spartan Ultra, but he has other ultra-ambitions off the course as well. He’s on track to finish his Master’s Degree in Neuroscience later this year, and then he plans to go to medical school so he can help other people living with diabetes.

He’s got a good shot at it, as teaching is also in his blood.

“When I started dating my girlfriend, I made a huge PowerPoint presentation to explain to her what diabetes was all about. I thought it would be four or five slides, but this thing was 70 slides! When I finished she was like a deer in headlights, and I was like, ‘Welcome to the type 3 club!’ She may have been bored by the end, but she saved my life when my blood sugar went really low and she had to use BAQSIMI on me. So I’d say the presentation paid off!”

He offers sage advice for anyone newly diagnosed. “Diabetes is overwhelming, but when you have the right people around you, it makes the job a million times easier. Surrounding yourself with the right people is critical. And even with my family, friends, girlfriend, and Dr. Edelman, it’s still driven me crazy, so it’s okay to be empathetic with yourself about not having a good blood sugar day.”

He also advises people to wear a diabetes bracelet. “I wear one all the time. In case something does happen, you have a bracelet on you that says ‘type 1 diabetes’ along with an emergency contact phone number.”

It’s clear Marlon has a bright future ahead of him, with a knack for handling obstacles on the race course as well as the ones diabetes throws his way. And who knows, maybe he’ll teach for TCOYD one day. Keep your eye out for Dr. Blanquart, giving the most detailed lecture on diabetes that type 3s have ever seen! 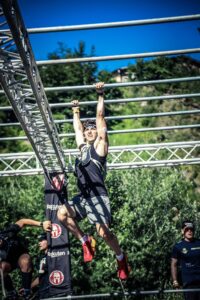 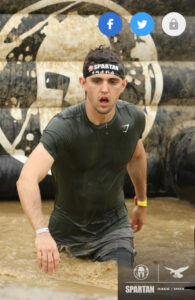 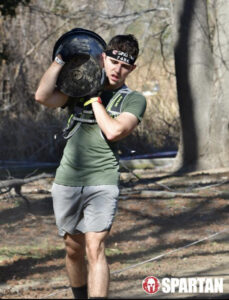 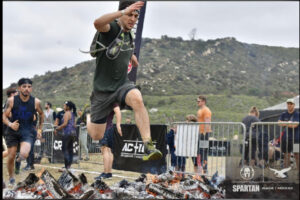 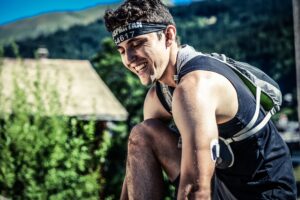 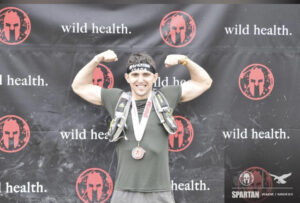