How to Pump for Pizza (and other high-fat foods) 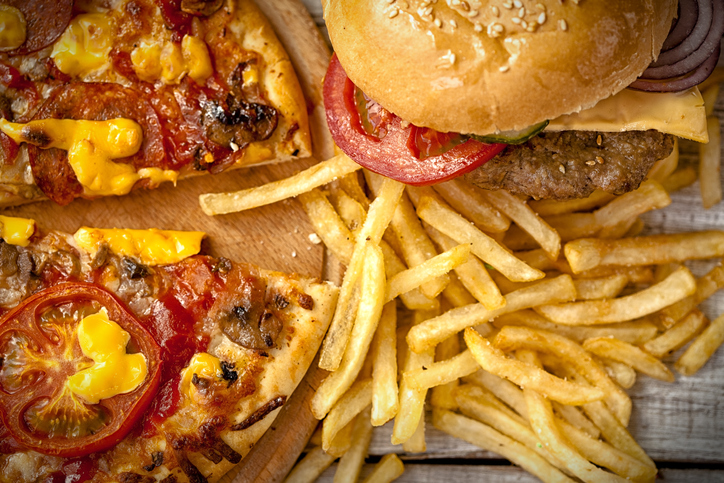 I want to talk about an important and very useful tool in advanced pumping called the “extended bolus” feature (aka dual/square wave). This feature is amazing for high fat foods such as pizza (my diabetes nemesis), hamburgers, Mexican foods, etc. Every PWD knows that these foods are difficult (if not impossible) to manage, but why? Let me explain through an example:

George loves pizza. Although he doesn’t eat it often (because it isn’t worth the BG roller coaster that ensues) today, George had no other choice. He was at a work conference and pizza was his only option. He counted his carbs carefully and gave himself 6 units of insulin though his pump’s bolus calculator. He even bolused 20 minutes early like he is supposed to! Although George hoped that this time his experience with pizza would be different, thirty minutes after he finished eating he began to feel dizzy and shaky. His BG was 55mg/dl. Yikes! He took 3 glucose tabs (12g of carbs) to help normalize his glucose levels. One hour later he tested himself again and got a reading of 300mg/dl! After only 3 glucose tabs? What happened?

Fat delays the absorption of carbohydrates in the small intestine causing delayed digestion. Because of this, George’s insulin kicked in before his carbs did, dropping his BG to 55mg/dl. After George corrected with glucose tabs, the carbs from his pizza also kicked in which caused his BG to skyrocket!

Why can the extended bolus be helpful in this situation?

The extended bolus allows the user to give a percentage of the bolus now and a percentage of the bolus over time. This is wonderful for high fat meals such as George’s pizza. With this feature, George could have given a small amount of insulin up front, and the rest over time, both preventing his low and his high BG ~2 hrs post meal. Unfortunately, there is no specific formula regarding amount of insulin given up front vs. over time. Everyone is different, and different meals require different formulas. Therefore, a trial and error approach is needed.

All pumps offer the extended the bolus feature. Medtronic separates their extended bolus into two features; dual wave and square wave. The square wave bolus acts just as the extended bolus previously described. The dual wave bolus allows the user to give the entire bolus over an extended period (no bolus up front). The dual wave is great to use for “grazing”. I like to use it while I’m eating popcorn at the movies. This way I can bolus for my popcorn and take my time eating it without fear of going low.

Newer hybrid closed loop pumps do not have this feature. The idea is that that auto basal will prevent the post prandial spike that occurs hours after the high fat meal. In my experience, sometimes it works and sometimes it doesn’t. I often end up splitting my bolus and inputting part of the carbs upfront and part 1-2 hrs later.

If you are interested in learning more about this, I strongly suggest having a conversation with your clinician or diabetes educator.